In 2005, with Myspace at its prime, it felt like everyone was putting out a single hoping to catch that “profile song” status on its fan's pages. Emerging from the dregs of Myspace Music comes Hollywood Undead, the quintessential poster child of Myspace success. After online praise with singles like “The Kids,” “No. 5,” and “Scene for Dummies,” the California band came into the nu-metal, rock, rap scene swinging.

After struggling for two years to find a record label that would not censor their debut album, Swan Songs, the band had already solidified themselves as a staple for the teens of the time. Touring consistently in their early years, their live shows were gritty and raw bringing rage and the party together as one. Having seen Hollywood Undead perform in the smallest room at The Masquerade in Atlanta in 2008, to festivals with 20,000 attendees screaming out the lyrics in recent years, I can attest that their live show is never one to miss.

So how did it happen? How did a Myspace famous band transform into a world wide touring act playing the hardest US festival circuit? We can thank Danny Wimmer himself for that. “We've got history with Wimmer, dating back when he was working at Atlantic,” states the baritone of the band, Funny Man (aka King Kong). “And since day one of his festivals he has always put us up on the bill, and has always looked out for us, even with our past with him. He’s like our Uncle Buck. So it’s honor to play these festivals for him and his team.” The respect is mutual, as Wimmer has sat side stage smiling during the band's performances on his festivals.

2017 saw the release of the band's fifth studio album, aptly titled Five (stylized as V). “We're five brothers, and this is our fifth record. Nothing gets to the essence of the music like this number does. Numerology has a lot of power. When we said Five, it just made sense. The fact that we could all agree on one word codifies who we are,” the band stated on it's website when announcing the album. The number holds even more weight, as it nods back to the early single “No. 5” which was the band's fifth song to boot. Five saw a lot of self-producing, and new faces worked with in the wiring and recording process (including a collaboration with B-Real of Cypress Hill and Prophets of Rage). According to Funny, this is some of their best material they've put out, and it's hard to argue that. While the band's sound has stayed fairly consistent, mixing rap, metal, and throwing a few ballads into the mix, they have fine-tuned the blend of genres and their lyrics have matured from the early days.

While Five has a handful of the Hollywood Undead-esque party songs we've become accustomed to, there are even more skull-crushing, heavy hitting notes to be heard. According to Funny Man, we'll definitely be getting to hear those songs this summer, amping up their already heavy packed setlists from the past albums. “Renegade,” “Pray,” and “Bang Bang,” bring those aggressive notes to the forefront, and I wouldn't be surprised to see at least one of them performed this summer.

After thirteen years of performing, these guys get more excited than nervous before taking the stage. “No matter how big the crowd is, we are always ready to party and rock out with the fans,” Funny explains. Each member of the band has a stylistic personality on stage, making their live show always a blast to watch. From Funny bouncing vibes off the crowd, to J-Dog's high jumps, and Charlie's raps, these guys know how to command a crowd. The band also improvises live, giving each member a time to shine during the set. If you haven't caught Hollywood Undead live yet (and really, where have you been, if you haven't?) be ready for the crowd around you to be rapping, screaming, dancing, and moshing, all within one set.

Where to catch them during World's Loudest Month: Welcome to Rockville (Saturday, April 28th) and Fort Rock (Sunday, April 29th)

Check out our full interview with Funny Man below, including his preshow rituals, who he's most excited to see on the circuit, and who he would book for the Ultimate Hollywood Undead World's Loudest Month Festival!

Hollywood Undead is currently slated to play both Rockville and Fort Rock during the World's Loudest Month Festivals (WLM), how do you prepare for a festival run?

All I need are some tasty waves, a cool buzz, and I’m fine.

The band consistently sells out shows all across the US. When performing to the magnitude of crowds at these festivals, is there ever any nervousness on the band's part?

No matter how big the crowd is, we are always ready to party and rock out with the fans. We get more excited than nervous. It’s awesome to see massive crowds and just a sea of people coming out to see their favorite bands and share the same stage all day n’ night. It’s a beautiful thing!

Smoke weed and jam out to James Brown

Do you have a favorite onstage moment at any of the WLM festivals?

Seeing Danny Wimmer smiling side stage and enjoying the festival

Hollywood Undead is no stranger to these festivals, having played them multiple years, what does being a part of the WLM mean to the band?

We've got history with Wimmer, dating back when he was working at Atlantic. And since day one of his festivals he has always put us up on the bill, and has always looked out for us, even with our past with him. He’s like our Uncle Buck. So it’s honor to play these festivals for him and his team.

Did anything change when writing and recording Five or did you follow the same formula as previous albums?

We changed it up a bit, worked with some new faces, a lot self producing. I believe this is some of our best material yet. (humble brag)

Five brings a lot of aggressive heavier notes to the forefront, are we going to be hearing a lot of that at these shows?

You better believe it!

What is the ultimate rock anthem to play as loud as possible (artist and song title)?

If you could collaborate with any other band or artist on the WLM line up, who would it be and why?

The Bronx. They're one of my favorite bands, and those dudes write some killer songs, songs that I very much relate to. They spit that hot fire and rock the fuck out. And knowing both bands are from LA, I think we could write the ultimate LA track. It’s like if westside connection and Guns n Roses got together and wrote a song. Bow Down, shun n-n-n-n-n-n-n-n knees, knees.

Are you looking forward to seeing any specific bands perform?

What song do you remember most from your childhood?

My dad had this 66 Cadillac De Ville and he had installed a CD player in the car. So anytime I was in that car, I would always put on STP and skip right to Creep. I would always feel so cool driving around in that Cadillac listening to that song.

What hobbies do you turn to when you're feeling "burnt out" or unmotivated to work on music - to help respark the passion?

Drawing while listening to a giant playlist that I made for myself and only myself. It has all sorts of genre’s of music and also a lot of weed smokin.’ It helps clear my head and open up some space for me to think and and get creative again.

Imagine, Hollywood Undead is putting together their own lineup for a WLM festival – what five bands do you have to have on the lineup?

Queens of the Stone Age

Looking forward to the summer of 2018 and thank you for having Hollywood Undead back on the festivals this year. 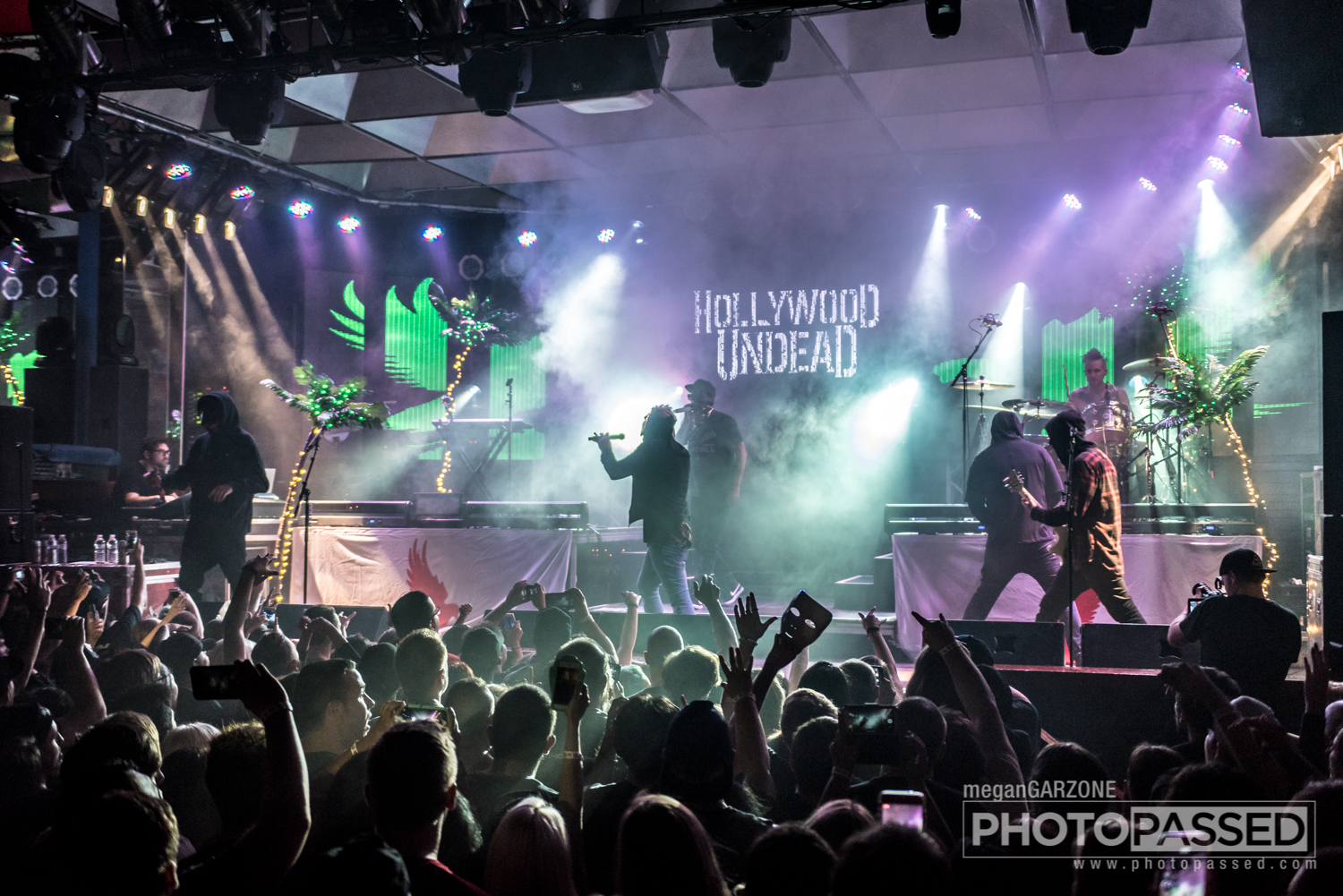 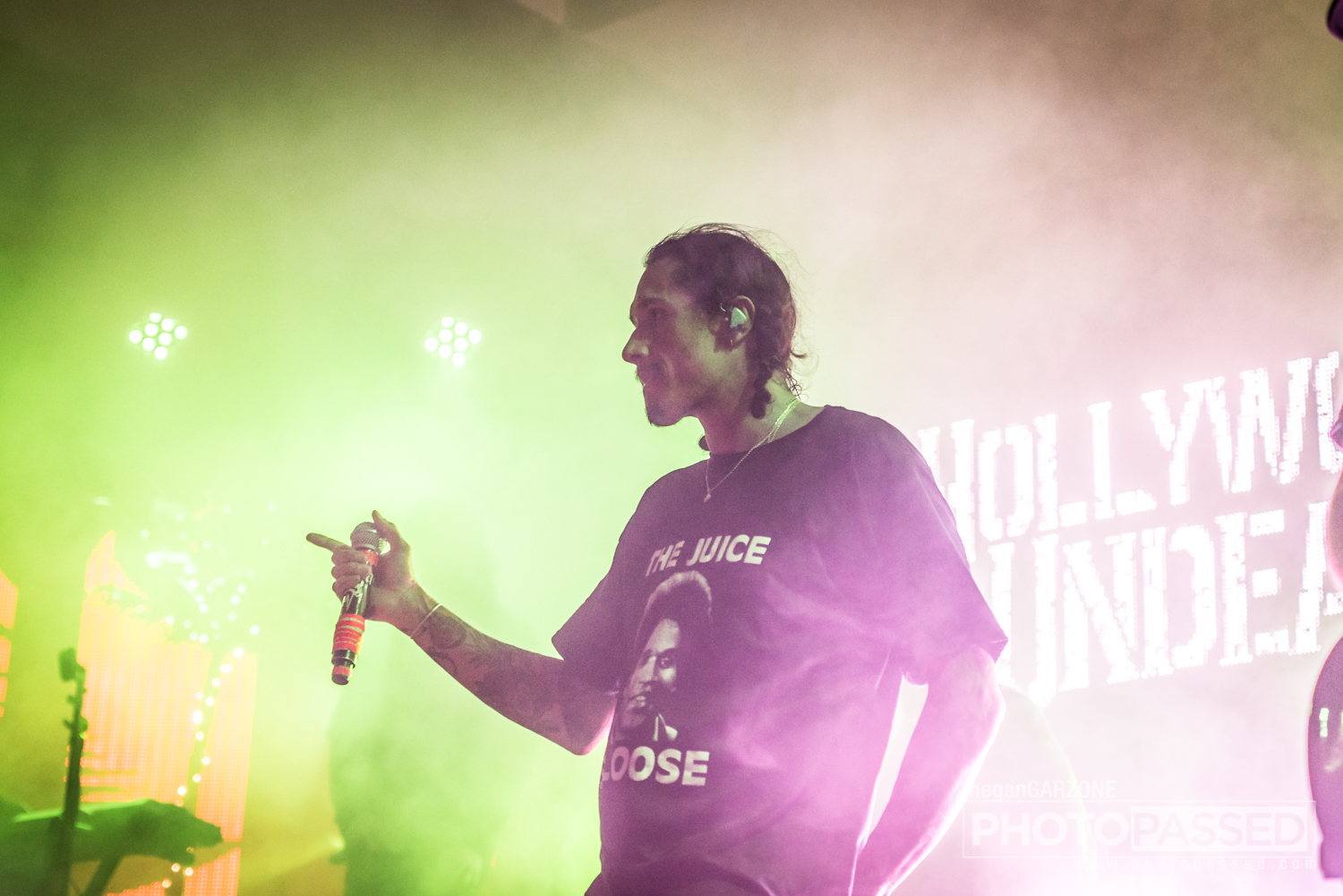 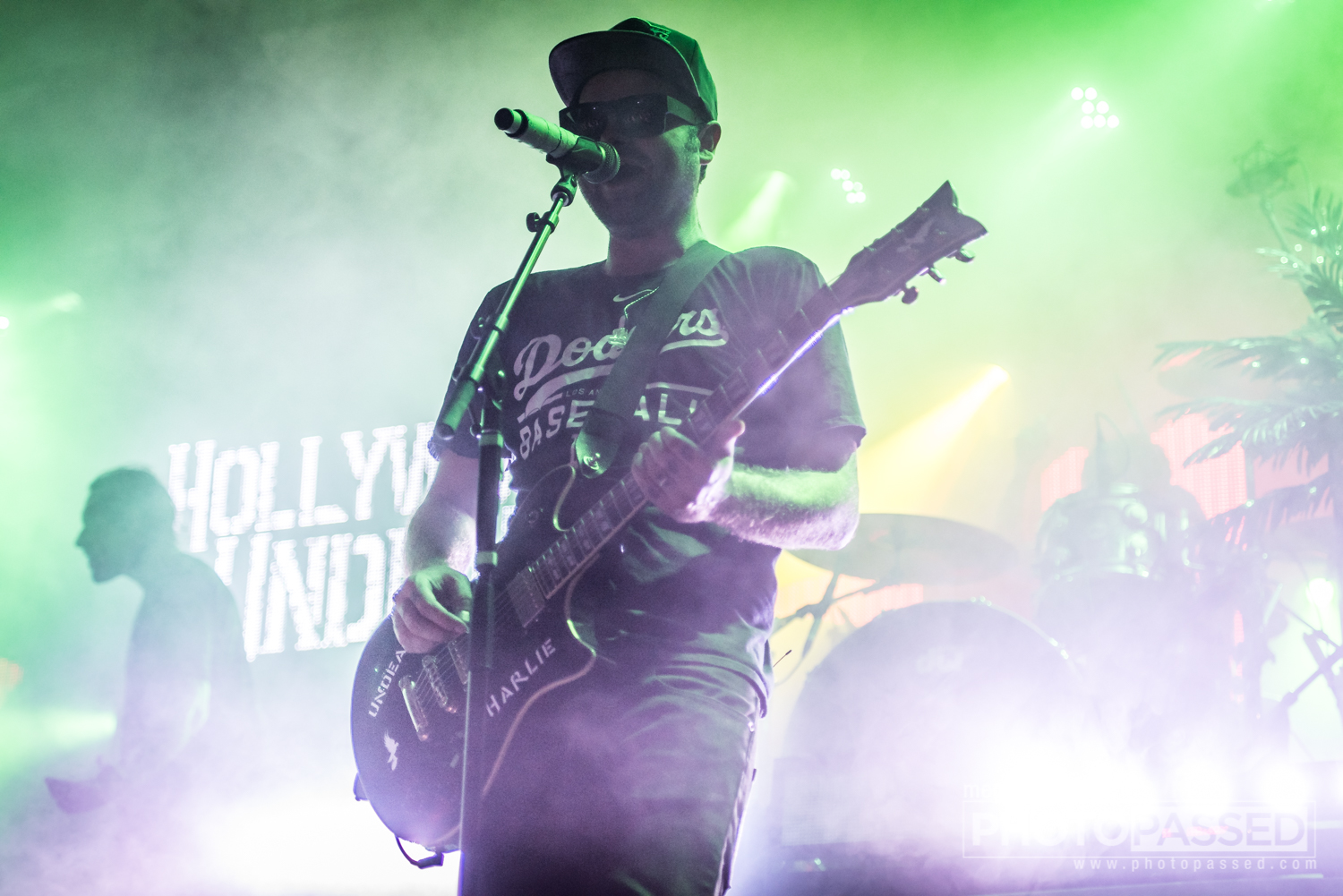 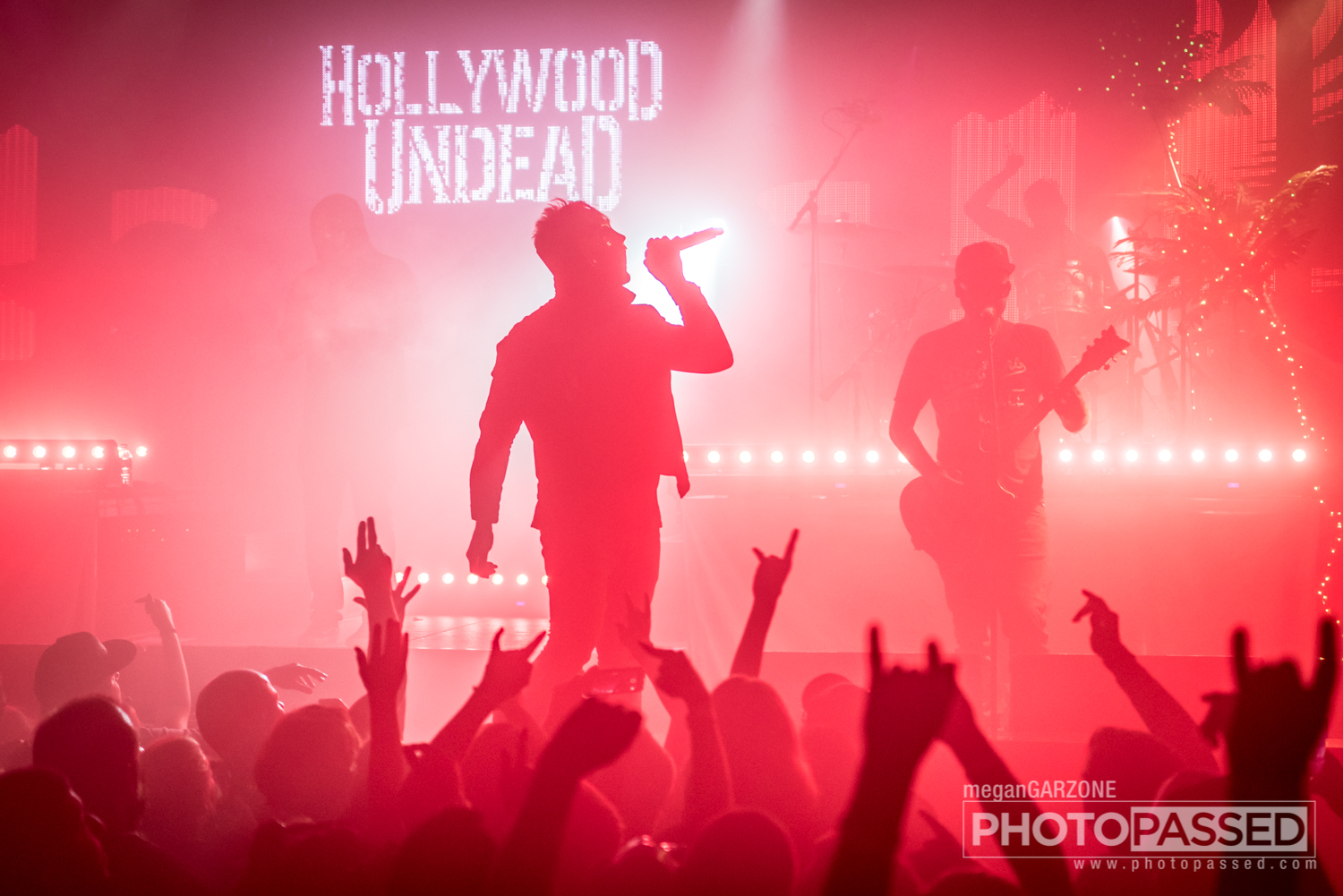 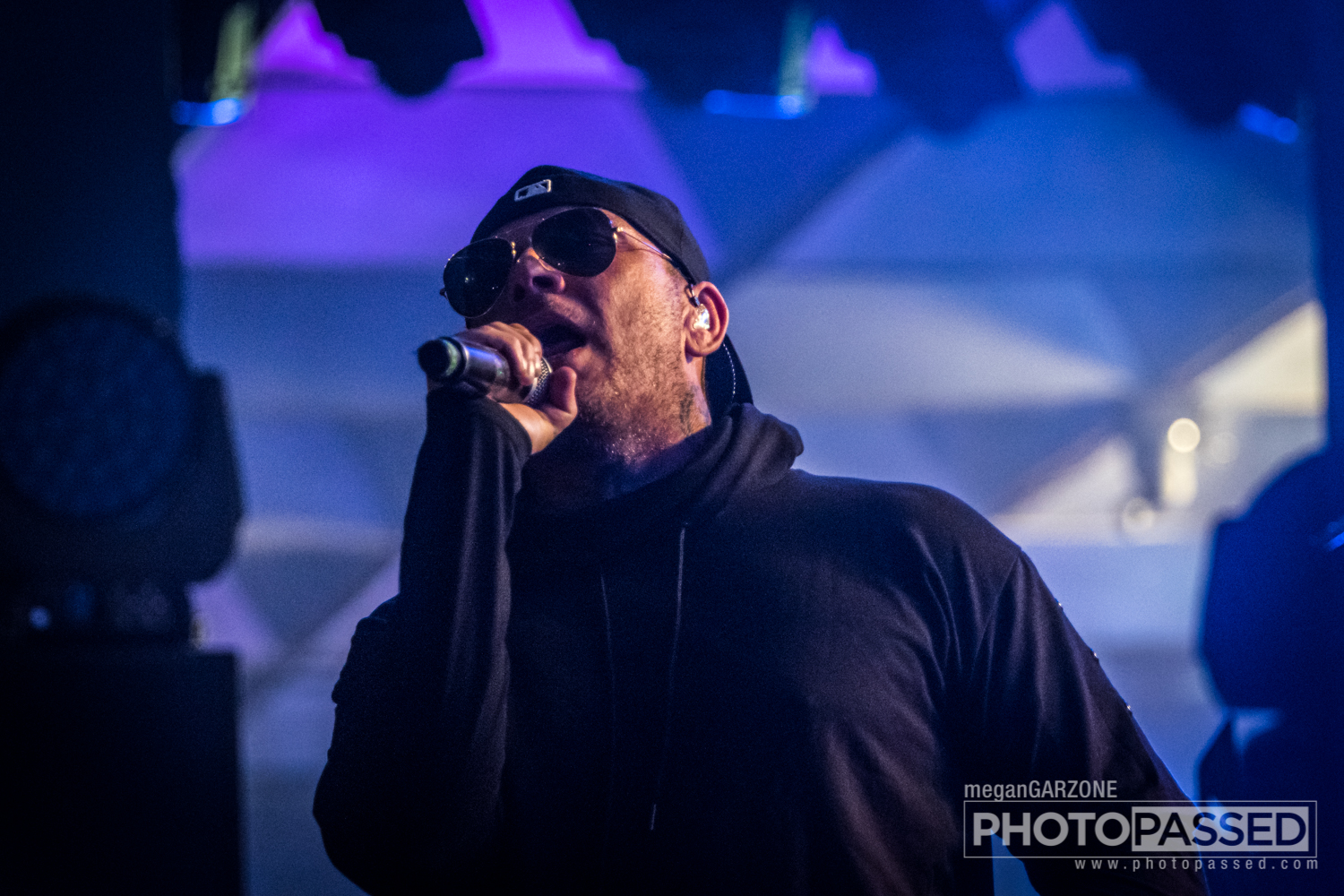 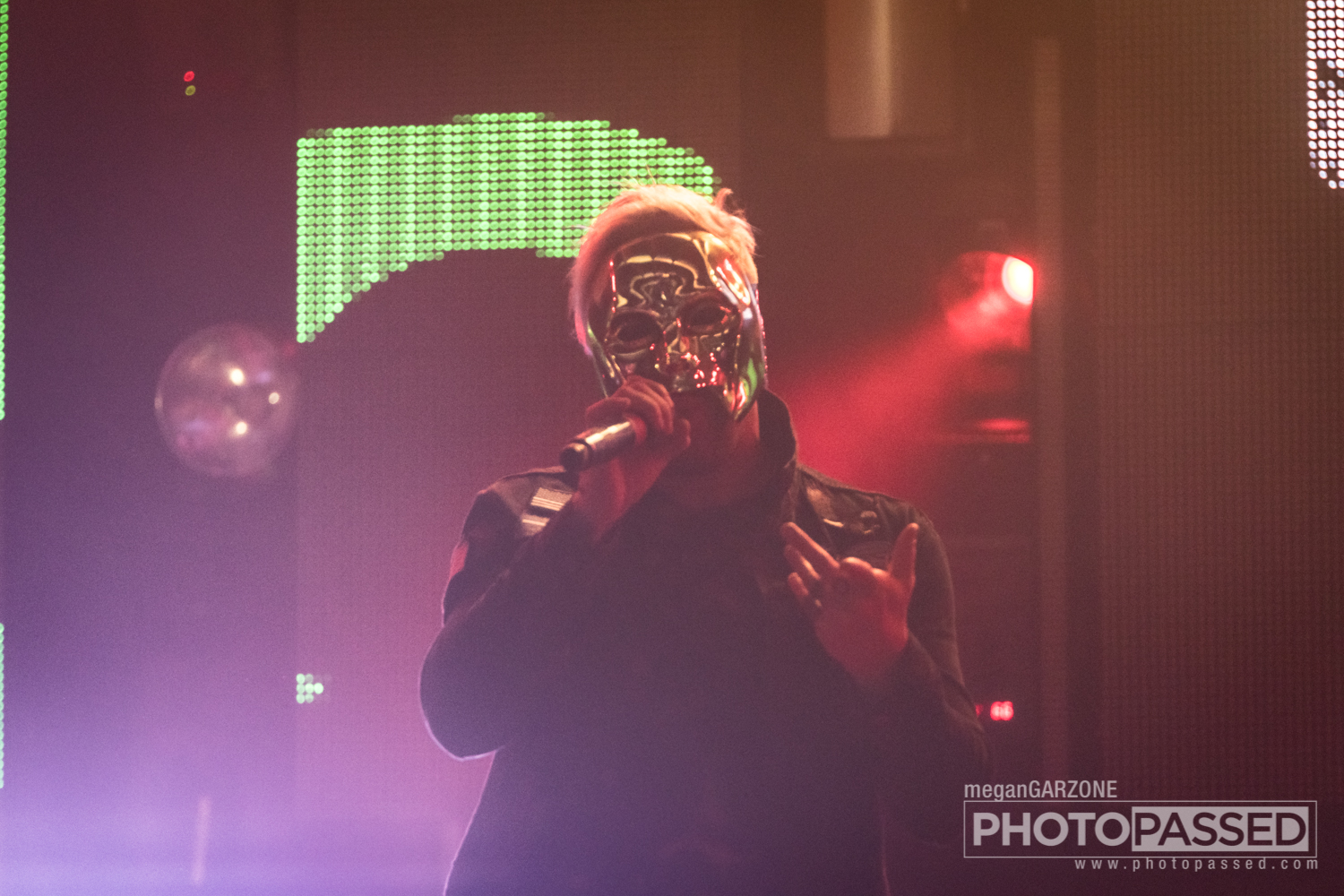 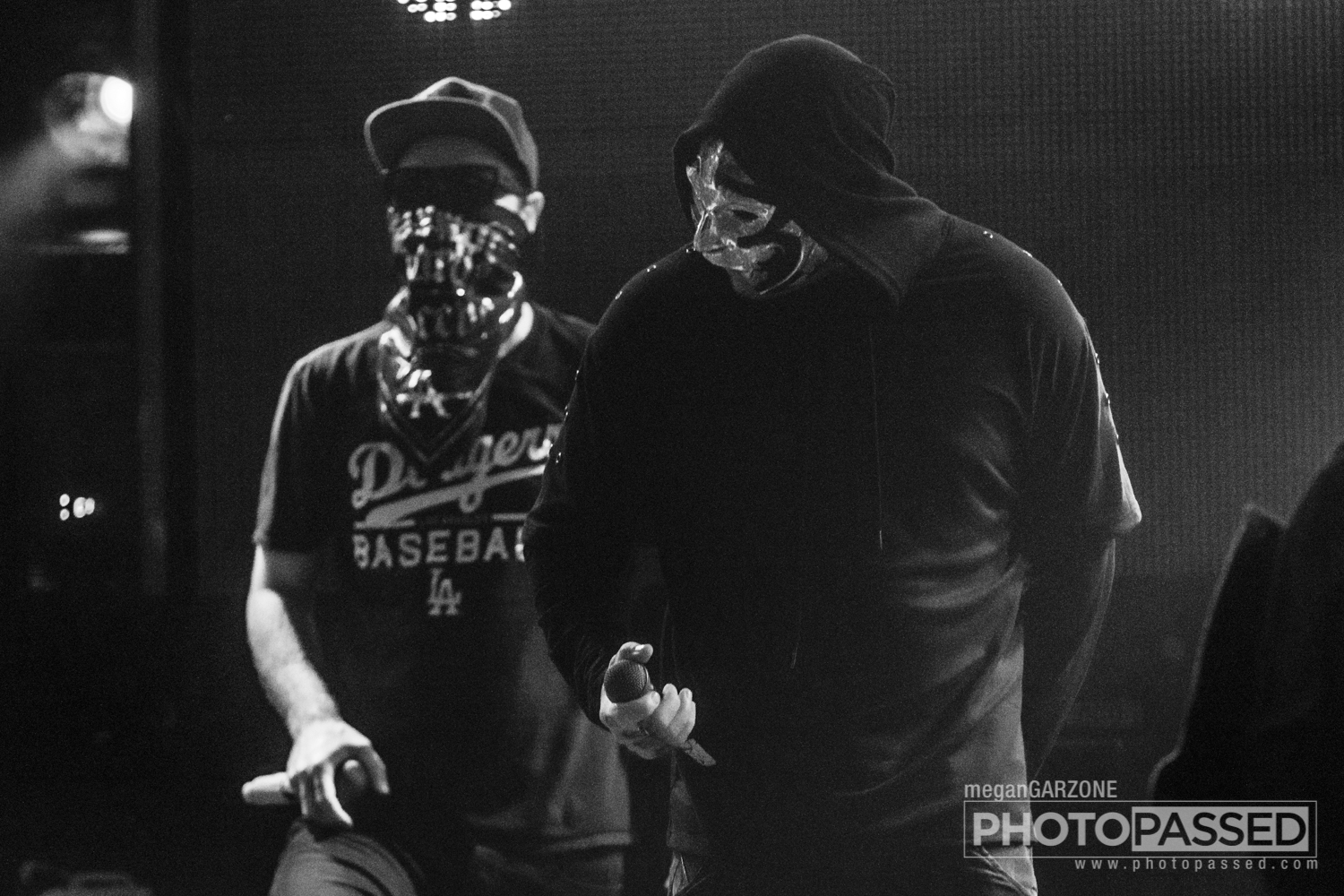 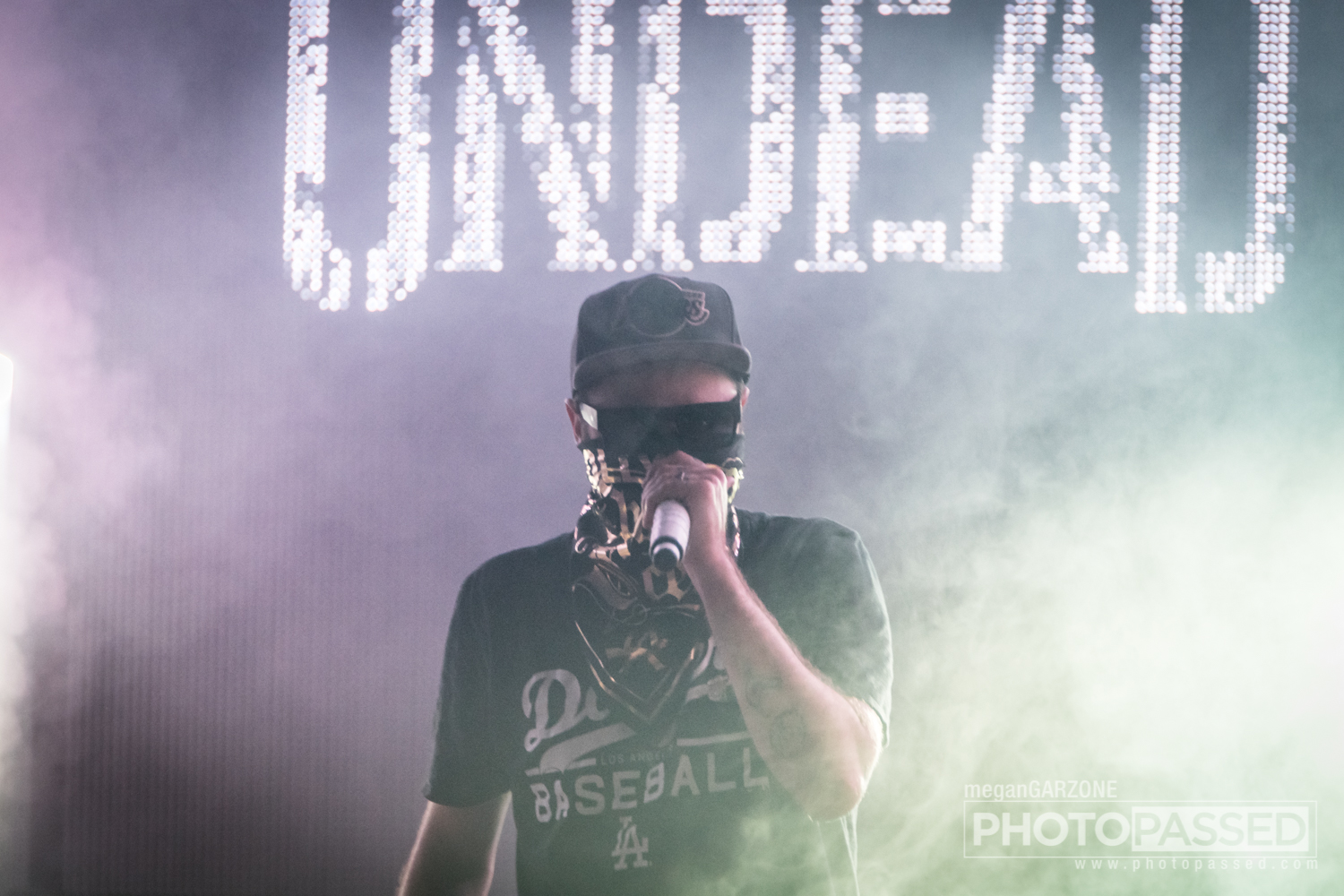 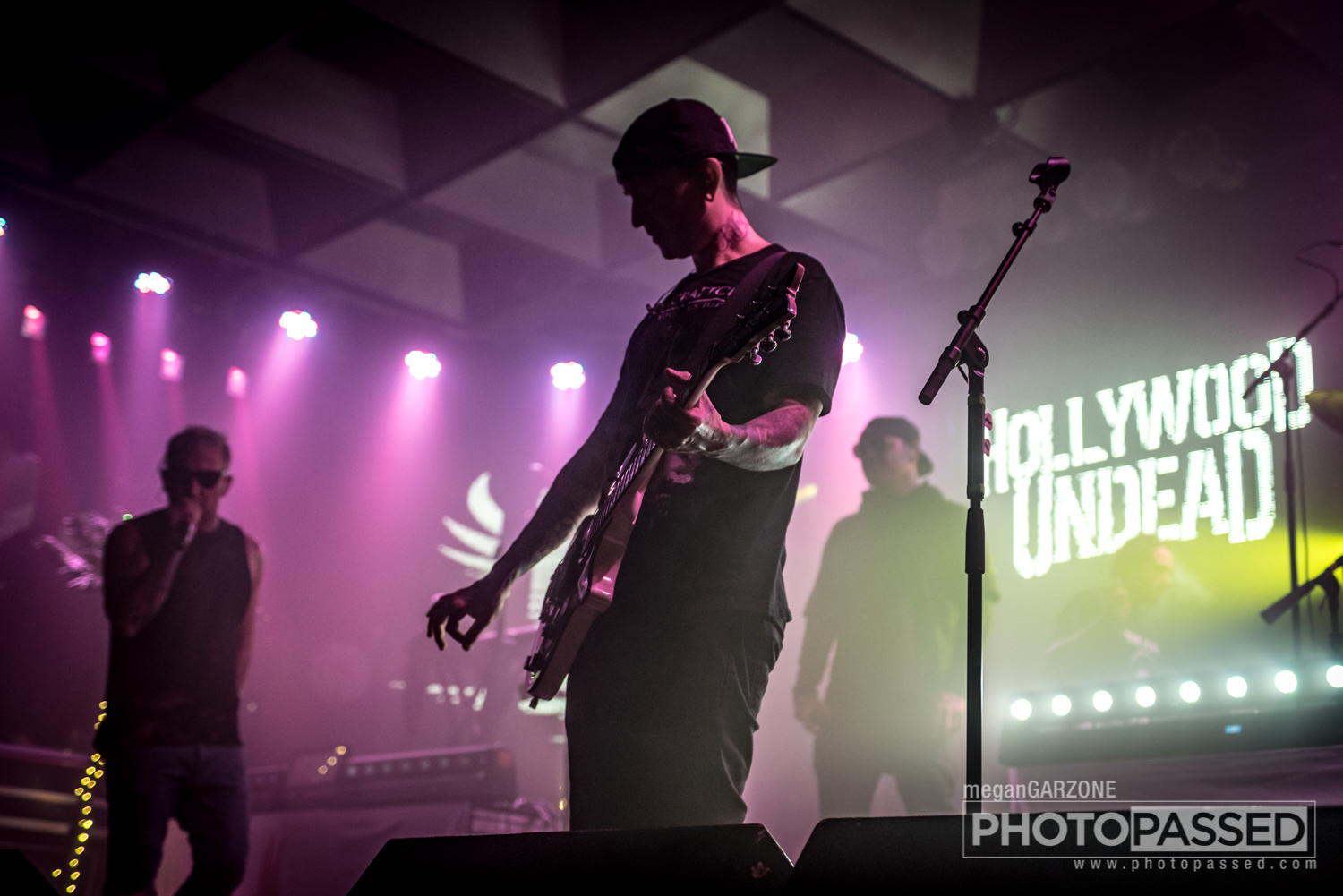